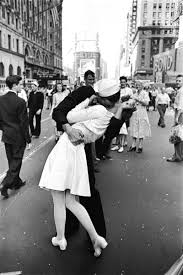 On August 14, 1945 President Harry Truman announced that Japan had surrendered, and World War II was over. There was a tremendous outburst of joy all over the country. Americans began rejoicing with a joy had been bottled up since the attack on Pearl Harbor.  In Times Square people gathered to celebrate, servicemen kissed beautiful ladies, while others threw scraps of paper and ticker tape out of the window. There was so much joy that the war was finally over and peace was restored.

That’s the kind of joy St. Luke is writing about at the beginning of his Gospel. God was fulfilling his promise to send a Savior who would free us from our foes. For hundreds of years God had been silent. Then the silence ended when the angel Gabriel announced to Zechariah that God was going to give him and his barren elderly wife a son who would be forerunner of the Savior. 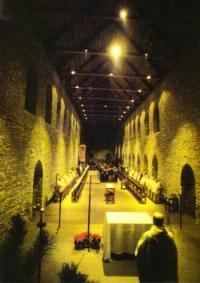 The joy that filled people at the end of World War Two subsided and life went on.  But the joy that Luke writes about began with a few people, the angel Gabriel, Mary, Elizabeth and Zechariah.  Then it slowly expanded year after year, century after century, Christmas after Christmas.  Like the Benedictus of Zechariah, this joy continues to be expressed in song after song:  Joy to the World, Silent Night, Come O Come Emmanuel, O Little town of Bethlehem, Angels We Have Heard On High, White Christmas, O Holy Night, Hark the Herald Angels Sing, O Come All Ye Faithful, It Came Upon a Midnight Clear, God Rest Ye Merry Gentlemen, Away In a Manger, Carol of the Bells, The First Noel, and so many more.  Tonight, we will share in that unending joy, the birth of our Savior.