Jesus tells us a story about a rich man talking to himself. It’s something we all do, isn’t it? Well, somewhere in the secret chambers of his own heart the rich man had a conversation with himself about lacking space to store his harvest. Right there is where he went wrong.  He wasn’t conversing with God about all his goods. He wasn’t praying. He was talking to himself and his conversation flowed out of his own greed. He didn’t pray about it, he didn’t ask God.

Once, when I was in high school and president of my classroom, we were told that a different Jesuit scholastic was being assigned to our class than the one we all wanted.  Standing up for my fellow students I went to the principal and voiced our objections.  He listened but replied that the change was final. I said to myself, “In that case I will express my frustration and that of the other students by quitting school.”  I went to my locker and emptied it out, and then walked down the hallway toward the exit doors.  On the way another Jesuit was coming toward me and he asked why I wasn’t in class.  I told him what happened and that I was quitting.  He didn’t try to stop me, instead, all he said was, “Have you prayed about this?”  Of course, I hadn’t. I was too busy talking to myself. He urged me to go to the chapel and pray about it first. So, I did.  As I prayed I realized that I was being a fool.  Apologizing to God, I put my things back in the locker and went to class.  My school buddies thanked me for standing up for them, even though my intervention had failed. 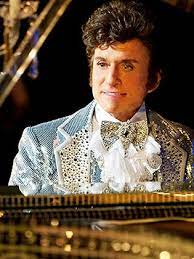 When our interior conversations are about money, Jesus warns us to be on guard against all forms of greed.  When I was growing up in the 1950’s Valentino Liberace, was a flamboyant, world famous pianist, and the highest paid performer in the world at that time, netting five million dollars a year. I remember seeing him outside in downtown Milwaukee, surrounded by adoring women. What did he do with his wealth? He spent it in lavish purchases that he stored in warehouses. When he died he left behind eight overloaded warehouses full of things he couldn’t fit into any of his large furnished residences. He stored up treasures for himself, but wasn’t rich in what matters to God? He was a poor little rich man.

Another rich man, John D. Rockefeller Sr. is considered the wealthiest American of all times and the richest person in modern history when his wealth is adjusted to compare with dollars today. He was born into a large family in upstate New York, and became an assistant bookkeeper at age 16. He entered several business partnerships beginning at age 20, and founded the Standard Oil Company at age 30, which eventually made him the first billionaire in our country.  During the last 40 years of his life in retirement he used his fortune for philanthropic works of charity, creating foundations that have been a major benefit for medicine, education, and scientific research ever since.  He was the founder of the University of 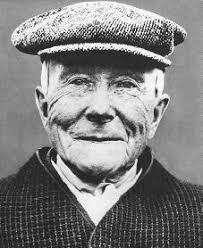 Chicago and funded the establishment of the Central Philippine University in the Philippines.  But what about prayer?  Did he pray?

Well, he was a faithful member of the Erie Street Baptist Mission Church in Cleveland, OH, where he taught Sunday school and served as a trustee, and occasionally even as the janitor. Imagine that!  The richest man in the world cleaning toilets!  Such humility and generosity can only come from one who prays, who talks with God.  Rockefeller was no fool, he was truly rich in what matters to God.  When he died at the age of 98 I think he heard God saying to him, “Well done good and faithful servant, enter into your Master’s joy”?