After Chapter this morning Br. Nicholas said the nuns have too much ice cream and want to send some of it over to New Melleray.  Would I be willing to bring it back with me after celebrating the Eucharist with them today?  I replied, “Br. Nicholas, that’s like asking a mouse to deliver cheese!”  I think ice cream is one of the wonders of the world.

Can you name the seven wonders of the ancient world? I only got one right, the Great Pyramids of Egypt. The other six don’t exist anymore: the Hanging Gardens of Babylon, the Statue of Zeus at Olympia, the Temple of Diana at Ephesus, the Mausoleum in Istanbul, the Colossus of Rhodes, and the Lighthouse of Alexandria.

When I think about the seven wonders of the ancient world they strike me as insignificant compared to seven far greater wonders: the Incarnation of God in the birth of Jesus, the Changing of Water into Wine at Cana or the Multiplication of Loaves and Fishes in Galilee, the Transfiguration of Jesus on Mt. Tabor, the Institution of the Eucharist at the Last Supper, and the Death, Resurrection and Ascension of Jesus into heaven. 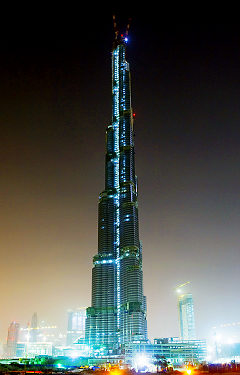 High school students were asked to name seven of the greatest wonders that exist in our world today. Their answers included the Pyramids, the Great Wall of China, the Taj Mahal in India, the Coliseum in Rome, Disney World in Florida, the Arabian Skyscraper in Dubai, and of course the computer. But one teenage girl had an even better list. She wrote: “To touch, to taste, to see, to hear, to run, to laugh, and to love.” How beautiful!

What would your list of seven include? Take a moment to think about it. Did any of you include the seven sacraments? What could be more wonderful than God making us sharers in the divine nature by Baptism, or freeing us from our sins by Reconciliation, or preparing us to go straight to heaven by the Anointing of the Sick, or giving us the Bread of Eternal Life?

The lesser wonders from the Great Pyramids to the Arabian Skyscraper in Dubai were constructed at tremendous cost and human labor. What if we were able to receive the Eucharist only once in a lifetime, and had to pay a price equal to its worth? Could we afford it? All the treasures of this world put together wouldn’t be enough to pay for one Eucharist. 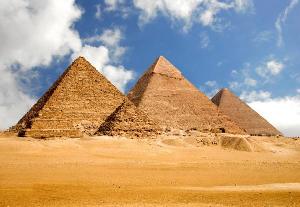 In his autobiography titled “It Worked for Me: in Life and Leadership” General Colin Powell tells a story about twelve young exchange students from Brazil who went to a Steakhouse in Chicago. After they finished eating and received the bill, they were short by a large amount of money, because they miscalculated the cost of their choices, not being familiar with American currency. There they were, a dozen unchaperoned Portuguese kids in a chain restaurant in an unfamiliar city, imagining all the horrors that could befall foreigners who can’t pay their bills. One of them, in halting English, explained their situation to the waitress. She noted their distress and said she would have to speak to the manager. They didn’t know what to expect. A few minutes later she came back and said with a warm smile, “Don’t worry about the check. When I told the manager about your problem he picked up the whole bill and gave me this message for you: ‘I’m glad you came to our restaurant and hope you enjoyed the meal. Enjoy your stay in America.'” They were stunned. They never expected such kindness and generosity. 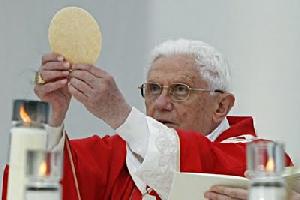 None of us could ever afford to pay for the Eucharistic even once in a lifetime. Yet, we are offered this greatest wonder of the world every day for free. In today’s Gospel Jesus says, “This is the food that endures for eternal life, which the Son of Man will give you. … My Father gives you the true bread from heaven … which gives life to the world. … I am the Bread of Life.” The Manager of this world has picked up the whole bill, and freely gives us what no amount of money could ever buy. And God does this not just once in a lifetime, but every day. God gives freely saying, “Enjoy your stay in this world.” Our presence here this morning shows that we are filled with gratitude and wonder at God’s generosity and kindness towards us. 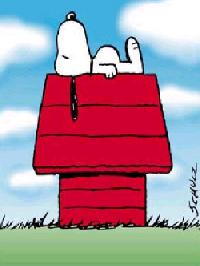 That humble American lay theologian, Charles Shultz, illustrates this mystery of God’s generosity. In one of his comic strips a thirsty Snoopy looks forlornly at his empty water bowl. Cleverly, he picks up the bowl with his teeth and positions himself under a water spigot. He waits, hoping that water will gush forth from the faucet. He waits some more and nothing happens. Snoopy thinks of giving up. Then it begins to rain, soon the rain becomes a downpour, and then a deluge. Snoopy’s bowl is not only full, it is overflowing and he drinks heartily. Then the rain suddenly stops and Snoopy retires to lie on top of his doghouse. He muses to himself, “I’m going to have to think about this for awhile.”

When I think about God’s generosity to us in this life, my mind is drawn to the wonders of the world to come. Not only are they beyond anything we can conceive, but they are beyond numbering. And we will have all eternity to enjoy them. What could be more wonderful than that?