Homily for the Feast of St. Bartholomew

I am old enough to remember the days when monks didn’t sign their names to articles they had written.  The author was just listed as anonymous.  I think Carthusian monks still often do this.  Ascribing an articles to oneself was seen as singularity and fuel for demon pride.  We have manuscripts in our library of conferences delivered by an anonymous author to the novitiate at Gethsemani Abbey.  I wonder who that was.

Currently, we wouldn’t pay much attention to an article or book if the author doesn’t own up to writing it.  The name is often an indicator of the worth and credibility of the work.  Toni Morrison we would read.  Tony Morrow?  Who’s that?  A lot of effort goes into getting our name or brand out there.  And once it is out there, we want to keep it there.  Generous philanthropists don’t object when their names are emblazoned in stone over buildings.  How often do the names of Carnegie and Rockefeller appear in concrete (although they may have gained their wealth at the expense of a trail of victims)?  If we can’t afford a building, maybe we can still rate a memorial bench.  Or at least, carve our name in one. It is an effort to assure some permanence in a world which quickly forgets.

Our name is important.  It is the sound which summons the depths of our self and relates us to those who know and call our name… Our name is the cumulative result of all the choices we have made and all the sufferings we have endured.  It is the narrative of our life which is constantly in the process of telling itself. This is the personal drama which carries us from levels our consciousness cannot capture. More than what we do, it is who we are—a mystery hidden from our eyes…  Can we assure our name’s permanence by carving it in wood or stone?  Luke tells us to 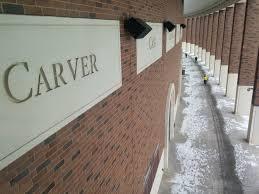 rejoice that your names are written in heaven.  Perhaps our names will be on those walls on which were inscribed the twelve names of the twelve Apostles of the Lamb. Who is the one inscribing them?

The encounter of Jesus and Nathaniel is mystifying.  It was mystifying to Nathaniel… How do you know me?  Before Philip called you, I saw you under the fig tree.  Distances didn’t prevent the seeing of Jesus.  His is a seeing that is not distracted by the surface or superficial, but penetrates to the heart.  This is not a seeing which separates the viewer from the seen.  It does not tabulate objects or calculate what worth they might have for the viewer.  It sees through to the real stuff of life, the drama being played out by the person.  In our last retreat, Bishop Flores alluded to a professional photographer who viewed human tragedies through a lens, through a distance, which kept him from being overwhelmed by what he saw.  It was an example of the prized objectivity of our society which lets us look without being touched or affected by what we see.  We do not let ourselves be moved or attracted by what is more than we can see. 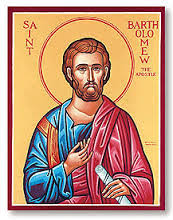 Our encounter with Jesus grows sterile and superficial if we fail to move into the deep and unfinished layers of our life.  We come to know ourselves in the relations we have: with other persons, with the world of creation, with God.  Our names remind us that we are relations, not engraved concrete.  We are called out of duplicity, out of deceit, out of pretense.  This is the simplicity of the pure of heart who will see God.  We can afford to be simple and poor and humble.  Benedict puts the foundation of monastic life in the humility and honesty of our own lives on earth.  The angels of God ascend and descend on the Son of Man.  Our lives in our bodies are the places of communion with God, where heaven is open.  The holy city of Jerusalem comes down out of heaven from God.  Our life is a work which He will complete.  He will bring to completion what he has begun in us.  We have been included in the vast work of redemption which encompasses all creation and human history.  We are moved and drawn by something more than we can see. But this is the real narrative that shapes our lives and writes our names in heaven.

Homily for the Feast of St. Bartholomew the Apostle

In Michelangelo’s fresco of the Last Judgment in the Sistine Chapel, Jesus stands in the center as judge of the living and the dead. Two martyrs who suffered excruciating deaths are sitting on clouds by Jesus’ feet. St. Lawrence who was roasted to death on a gridiron is on one side; and St. Bartholomew who was skinned alive is on the other side. He holds the skinning knife firmly in one hand, and his own severed skin, complete from head to toe, hangs loosely from his other hand. 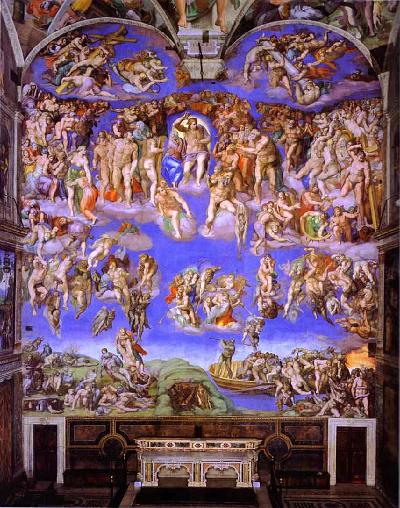 How did Bartholomew, also known as Nathanael, find the strength not only to give the shirt off his back but even the skin off his entire body?  It all began the day he was resting under a fig tree when his friend, Philip, rushed up to him and breathlessly said, “We have found him of whom Moses wrote, Jesus of Nazareth, the son of Joseph.” Nathanael replied, “Can anything good come out of Nazareth?”  His skepticism was justified, because the people of Nazareth were the first who wanted to kill Jesus, intending to cast him off a high cliff.

The first source of Nathanael’s courage was friendship, Philip urging him to “Come and see.” Philip saw “Jesus of Nazareth, the son of Joseph.” Nathanael came and saw Jesus “The Son of God, King of Israel.”  Each helped the other draw closer to Christ.  Each grew by his friend’s faith.

The second source of Nathanael’s courage was a word of encouragement, when Jesus said to him, “Behold, an Israelite, in whom there is no guile.”  Mark Twain once said, “I can live for two months on a good compliment.”  Nathanael received a compliment unlike any other, one that sustained him over a lifetime.

The third source of Nathanael’s courage was Jesus’ personal awareness and love for him: “Before Philip called you, when you were under the fig tree, I saw you.” His encounter with Jesus, whose knowledge of him was so intimate it had to be divine, overwhelmed his skepticism. It was a mystical experience like that of the psalmist who prayed, “O God, you search me and you know me.”  Friendship, words of encouragement, and Christ’s love for him gave Bartholomew the courage to endure a martyrdom that still fills us with awe.

In Michelangelo’s fresco of the Last Judgment no one is alone. The saints are helping to lift one another up into the heavens above, while the devils are pulling the damned down into the world of the lost. Like Bartholomew and Philip, may we be friends to one another, and not devils.

In contrast to what has been called the Enlightenment prejudice against prejudice, most contemporary thinkers hold that whatever situation we come into we have a set of expectations in regard to what we will encounter. Sometimes our expectations are confirmed; sometimes they are shown to be mistaken in varying degrees. The issue is not whether or not we should have expectations. Personally I think it would be impossible for me not to have some sort of expectations no matter how unfamiliar a situation I would be encountering. The important question is: Are we willing to change our expectations in accord with our experience of reality?

In this morning’s gospel Nathaniel had his expectations in regard to who Israel’s Messiah would be, and they did not include someone from Nazareth in Galilee. I think it is significant that Philip did not argue with Nathaniel; he simply said: Come and see. It is unlikely that any amount of arguing would have changed Nathaniel’s mind about who the Messiah should be. It was Nathaniel’s experience of encountering Jesus that demonstrated the inadequacy of Nathaniel’s expectations and opened his mind and his heart to accept God’s way of fulfilling his plan of salvation. 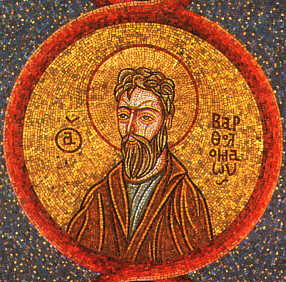 We, too, are looking for a savior. We, too, have our expectations about who that savior should be and how he should act. Each day we are called to measure our expectations against our experience of following Christ and putting his teaching and example into practice. Our challenge is to be true to our convictions without stubbornly refusing to accept the evidence of our experience of encountering Christ in our day to day situations. This was the challenge that faced Jesus’ first disciples and it is the challenge that has faced his disciples down through the centuries. Not all of Jesus’ disciples were willing to change their expectations. They found his words hard to hear and asked: Who can accept them? They found his example even harder to accept. Even his closest disciples frequently misunderstood him.

I submit that misunderstandings and mistakes are part of following Christ. Jesus did not give up on his disciples because of them, and he will not give up on us either. What set Jesus’ disciples who were faithful to him apart from those who turned away was the disciples’ willingness to change their expectations, although this took time and painful encounters with their own failures and sinfulness; and they returned to Jesus to ask his forgiveness for their failures. They have left us an example of how we are to follow Christ.

Having expectations is part of human nature. The humility to change our expectations in conformity with the teaching and example of Jesus Christ is the work of the Holy Spirit. Christ has poured his Spirit into our hearts. If we are willing to co-operate with the Spirit, he will transform us into faithful followers of Christ for our times.