We get a regular supply of media accounts reporting on a lengthy run of embezzlement. Someone has been dipping into company funds or charging his personal expenses to a school budget. Each little success carried out in secret encourages the next one. There is probably a sense of “beating the system” and an excitement of a self-serving logic which fuels its continuance. Then suddenly there is the exposé—he gets caught. It all comes out into the open and his life is ruined.

Unfortunately, many of us have known situations in which what we were doing “in secret” suddenly comes into public notice. The situations may not have been criminal or morally compromising. But the memory of them can make us wince. We were seen or exposed when we didn't want to be seen. They were our introduction and long apprenticeship in the experience of shame. Our struggles for autonomy exposed our great vulnerability to the look of others, to their judgment and evaluation. “We are what we can freely will” said Erik Erikson of this early stage of personal development. However, our experiments in exploring our freedom were often met with a disapproval that penetrated our sense of self-worth. I have known some very accomplished and successful people who carry open wounds from being told at an early age “you will never amount to anything.” That tape still plays. 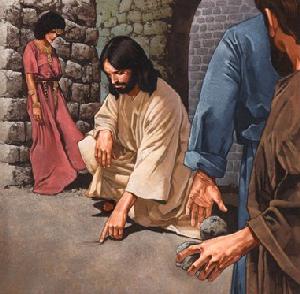 Sin has its roots in our freedom. There is a self-knowledge that rises out of our struggle with freedom, with sinfulness, disorder, and unfreedom. It is a humiliating and shameful knowledge that we would rather avoid and keep deeply hidden. Herbert McCabe, O.P., had said that “The root of all sin is fear: the very deep fear that we are nothing, the compulsion, therefore, to make something of ourselves, to construct a self-flattering image of ourselves we can worship, to believe in ourselves—our fantasy selves. I think that all sins are failures in being realistic; even the simple everyday sins of the flesh, that seem to come from mere childish greed for pleasure, have their deepest origins in anxiety about whether we really matter, the anxiety that makes us desperate for self-reassurance. To sin is always to construct an illusory self that we can admire, instead of the real self that we can only love.” The anxiety and fear that we are worthless must be hidden and buried under our efforts to achieve and succeed. We become devoted to a righteousness of our own, based on the law (whatever law we abide by), and not the righteousness which comes through faith in Christ. This latter righteousness is not something that we “have taken hold of,” but something which has caught and possessed us.

The woman in today's Gospel was caught “in the very act of adultery.” There is no question of her guilt. We are in the land of absolutes. It has been seen by many witnesses. It almost seems that she has been trapped. She is “made to stand in the middle.” There is no question of what she wills for she is without dignity. She is the object of everyone's gaze, visible to all with no place to hide. She is being humiliated, shamed. She is silent and speechless, utterly powerless. The woman is beyond conversation, beyond conversion, beyond redemption. As only an object, she is a pawn in another game: to trap Jesus—“they said this to test him that they might have some charge to bring against him.”
Their real intention is hidden and cloaked. Their concern for the law is pretence. What we observe is a form of deception. Their own reassurance comes from their ability to humiliate and disempower others. Their absolute conviction is fed by the moral heights on which they stand. 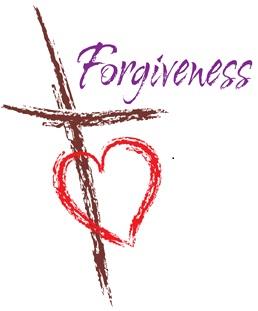 The woman is not alone in the center of this circle of judgment. Jesus stands there as well. He is silent. He does not engage with the scribes and Pharisees at their level but breaks open this closed discourse which seeks to catch and punish. He is silent not out of powerlessness, but out of the strength that is forged in humiliation. He bends down to the earth—the great gesture of his incarnation, the great gesture of his final humiliation on the cross. He writes on the dry soil of the earth where God can open a path and bring forth springs of water. God is restoring life to the desert and the wasteland. He is making something new out of what has become moribund and sterile. This is the dust that we are often ashamed of, what we don't dare or bear to look at. We wouldn't stoop so low. A new script can be written precisely and only in that history we have made. We can enter that wasteland of misused freedom and lost opportunity and walk through it and out of it. We can redeem that knowledge of ourselves which makes us cringe and flinch. It is humiliating to recognize how we have sought to worship a false image of our self, an illusory self that outran any form of shame. We have been caught in adultery. What a relief to know ourselves for who we are and then accept the loss of all things and consider them so much rubbish for the sake of knowing Christ Jesus and being found in Him.

Jesus is the one who can still recognize our dignity and worth, a worth which comes from being our true self, from being that person created and loved by God who never withdraws his love and esteem. He appeals not to our fear and anxiety, but to our freedom and capacity to love. That capacity is not destroyed by sin. In its own way, sin is a witness to our freedom. It is the forgiveness of Christ that frees us to acknowledge our sin and to allow God to make something new in our lives.