At times of emergencies or catastrophes, it is very difficult to think well or clearly, to make good decisions. We jump at the first option, even though this may have disastrous results. We often hear of people who have perished because they ran back into a burning building. Many people stayed in their homes to protect their belongings at the time of Hurricane Sandy and subsequently drowned. What seems to be good advice in the mind of someone standing outside the crisis has no effect on the one in the midst of the crisis. In his First Sermon for Advent, St. Bernard describes those who cling to inadequate solutions to their need: “They are like people who have fallen into the water and are in danger of drowning. You see them clinging tenaciously to whatever first come to hand, refusing to let it go for whatever reason, whatever it may be, even though it can do them no good at all. Even if people should come to help them, they often clutch them so closely that the rescuers can help neither them of themselves… The perish miserably while they pursue what is going to perish and leave aside things of substance, things that could extricate them and save their lives if only they were to grasp them.”

I think we empathize with these people because we have made similar bad decisions in times of crisis and disaster. We just happen to have gotten away with it. But this sense of panic and helplessness has deep roots in us, in our souls. More than just isolated instances, they reveal an abiding and perduring sense of our helplessness, our lost-ness and solitary exile, our inability to really save or ourselves or even know ourselves. It is an awareness that threatens to paralyze us. It is more than uncomfortable. It is unbearable. So we turn our backs on it, discount it as significant, and put our energies in moving as far from this sense as possible. We feel ourselves on an island, surrounded by an ocean of the imponderable, incomprehensible, unfathomable and uncontrollable. So we build our little fortress on our island and construct a world which will reward the efforts of our ego. Ernest Becker in Denial of Death described our human character as a “vital lie”: the construction of personality premised on avoidance of the fact that we are not causa sui, not a self creation and project of life under our own determination. The energy and satisfaction we derive really has its source in what we fear, what makes us anxious, in compulsions spurting from unacknowledged drives.

The apocalyptic texts we haven been hearing these last days of the liturgical year (spilling over into today) turn us back to those shores where we are on unsolid ground. Like a Cat-scan, they reveal dynamics hidden under the surface but which are at work with utterly real effect. We can easily regard them as religious science fiction, works of over exercised imagination, scare tactics meant to shock us. But they are a revelation of a dimension of reality that is occurring now, one that can leave intact history as it unfolds according to its own dynamic, but which radically alters the meaning of what is happening. Advent is not a protracted span of time that merely points to some future time. It proclaims that that future time has entered history now. It proclaims that God comes into our lives today, now. He comes as Who He Is: I Am Who Am. He comes as He Is. As the future now present. He is not a vague ether or smiling old grandfather. He is the dynamic energy of life who manifests himself as the Son of Man, coming on the clouds. 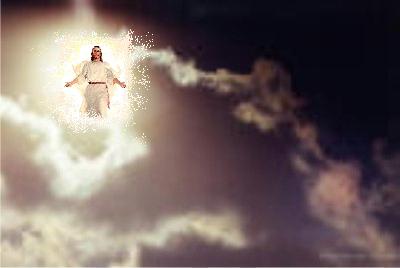 His coming suddenly reveals the flimsiness, the unreliability, the illusory nature of so much into which we had invested our energies. The “vital lie” turns out to be pretty fatal. The need to be saved, the restless longing that grounds our hearts is not a childish projection which we must outgrow or be ashamed of. It professes our incompleteness which must be met by God. But at the price of removing the substitutes we have used to block this awareness. Not many of us went carousing to various bars or parties last night. But many of us have desperately searched for new sources of power and allegiance, whipped by our own instability and insecurity to look for external reassurance of our being. Not many of us are suffering from a hangover because of too much drinking. But we have found other means to deaden our senses, to poison and intoxicate our spirits, to keep us from uncomfortable consciousness of the needs of people around us and our own real needs. We are rather proud of our anxieties since they demonstrate our desire for efficiency and productivity, never reflecting on the fact that they weigh us down by our misplaced concern and the assumptions of our ultimate control.

Advent is more than a season of the year. It should be a quality of our soul that lives in expectancy of what the coming of God into our lives will bring. The vigilance we are called to requires a freedom and lightness of movement to be attentive to the words and actions of the God Who Is. It is a willingness to be silent, to withdraw from the constructions we impose on reality and to hear a new word. The coming of this word may well shake the foundations of the world that once supported and surrounded us. But it offers a new ground on which to stand. “Raise your heads and stand up.” “Stand before the Son of Man.” This is a new posture offered to us, one which draws its strength to live justly and withstand the trials and tribulations from the spirit and energy of God. Vigilance, prayer, and stability in justice are the practices of souls capable of looking into their own depths and seeing the Son of Man.