Homily for Labor Day, Memorial of St. Joseph the Worker 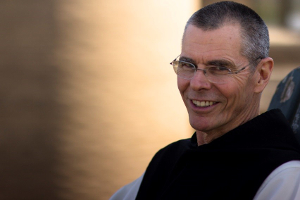 For our first reading on this Labor Day we heard the end of the first account of creation. We could have heard from chapter two of Genesis, where the Lord puts the man in the garden to cultivate and care for it. There, the emphasis is on man the worker. But in the reading from chapter one of Genesis it is God who is the worker. God is an artist who creates. We see him work, and then we see him rest. His rest is deserved and full of satisfaction because the task is done and the results are very good. God is the model of the human worker, both in our work and in our rest.

Work, then, is holy, and rest a component of work well done. Work is our way of cultivating and caring for what God has created. At the time of national elections there is a lot of talk about jobs and employment; there is a lot of talk about the creation of jobs, by big government through taxation on the one hand, by the private sector through trickle-down economics on the other. In both systems, work becomes an alms, a hand out, in the patronizing control of someone other than the worker himself or herself and ultimately to the advantage of the former and not the latter. A created job, like make-work in a monastery, leaves little room for the creativity and the rest-in-satisfaction of the worker. 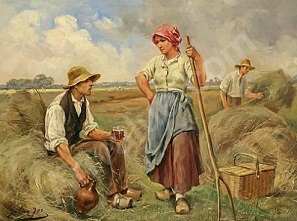 Human beings are not made for jobs and employment; we are made for work, and work, as Pope Francis says in Laudato si’, puts us into relationship with the world around us, “with what is other than ourselves”  (LS 125; see 128).  At its very best, human work expresses and nurtures a contemplative appreciation of the creation that we are and that is all around us. But, in the words of Saint John Paul II, “once our human capacity for contemplation and reverence is impaired, it becomes easy for the meaning of work to be misunderstood”  (LS 127; see Cent ann 37). 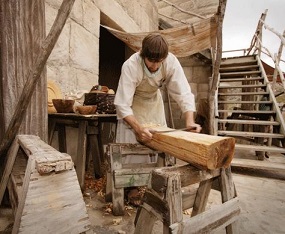 There is a social stigma attached to Joseph’s work, a stigma that gets passed on to his son Jesus. The work itself, carpenter, wood-worker, builder, is absolutely noble. Talk to our stakeholders at Trappist Caskets. It is work that transforms matter, beautifies environments, and enhances human living. The carpenter is a true homo faber, man the maker, who is the image of Creator Deus, the creator God, of our first reading. But in the stratified society of the day, a carpenter was on a very low stratum from which it was impossible to rise, and it ran in the family. In the minds of the people, Jesus, the carpenter’s son, was not supposed to use intelligence for other than joining wood together and making household repairs. Certainly the wood-worker Jesus could not be a miracle worker, with the result that though he really was, he was unable to function that way among his neighbors. The point is clear: when we compartmentalize one another we at the same time prevent the work of God among us. 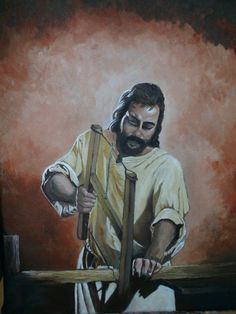 And who can deny compartmentalization in the so-called job market of our modern world? Who can deny stratification of persons in the labor force, and the limitations put on what can be expected from one group or the other? Pope Francis affirms that “men and women have ‘the capacity to improve their lot, to further their moral growth and to develop their spiritual endowments.’   Work should be the setting for this rich personal growth . . . no matter the limited interests of business and dubious economic reasoning”  (LS 127). Then, without a doubt, God will be able to work wonders among us for the flourishing of all.