Homily for the Memorial of St. Thomas Aquinas at Mississippi Abbey

Entertainer Danny Kaye once said that to travel is to take a journey within yourself. That is what today’s readings are telling us. Abraham travels well. Jesus tells His disciples that they do not travel so well.

We all have a journey to make: to begin this journey one must know the destination. St. Thomas Aquinas, whom we remember today, tells us that to give that knowledge of destination is the work of faith. It is the starting gun in the race of life; by faith one is set free to rush to the goal of faith, which is the goal of life.

“One is set free” and that freedom is a difference between Abraham and the disciples. Thomas tells us that the object of faith is truth about Go and things pertaining to God. Interiorly we believe, i.e., we think with assent. What we believe influences how we behave. But it doesn’t necessarily determine it. The determinant is what we care about. Behavior is a 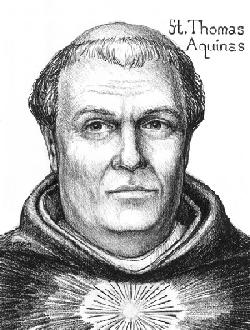 reflection of what is going on in the heart. How we behave is the exterior manifestation of our faith. What activates and guides faith as a virtue is charity; the grace, love and friendship of God. The freedom of charity—the perfect love that drives out fear—also distinguishes Abraham and the disciples.

There is a difference in the behavior or acts of faith between Abraham and the disciples. Aquinas tells us that an act of faith in divine truth has three elements: belief that God exists; Believing in His word; and accepting His word as a rule of life and way to salvation or liberation.

Abraham exemplified these elements. By faith he obeyed and went to a place he did not know. By faith he & Sarah received the power to generate children at an advanced age. By faith, Abraham was put to the test when asked to sacrifice Isaac.

He took these actions “because he thought that the One who made these promises was trustworthy.” In other words, faith is a very personal experience because it is, as I recall, the discovery of the goodness of God. Jesus’ disciples, on the other hand, struck out, but still got on base. How’d that happen? 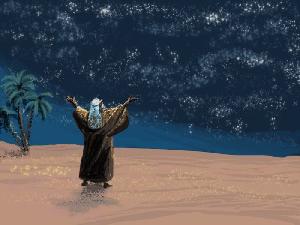 The calming of the storm was an event. It gave the disciples a memory. In an adversity which they could not resolve they were saved. Then they knew Jesus in an entirely new way.That’s the way it always seems to be: First the heat, then the light. None of the Old Testament was written prior to the Exodus. It was the experience and memory of bondage (or crisis), liberation (or rescue), and covenant (or accepting a rule of life) that made the disciples a part of the chosen people.  And now this memory of the stilled storm would make them a part of the body of Christ. None of the New Testament was written prior to the resurrection. It was in the light of that event that they understood the rescue at sea and became willing to live and die for Christ.

The only reason the disciples “got on base” is because they did what their ancestors had done in Egypt: they cried out for help.  This is important to remember: it is through events that we find God. It is through the experience—the memory—of bondage or crisis and liberation that we become willing to embrace a covenant and live God’s way of life. This is the journey within oneself.

On Christmas Eve morning we asked ourselves if we have found that, since entering the monastery, God’s plan for us has been exactly what we thought it would be. We found that it had not! Events challenged each to prefer nothing whatever to Christ. What were your events?