Memorial of the Guardian Angels

A year before the children of Fatima saw visions of Mary, they were prepared for that extraordinary grace by several visions of an angel. Lucia described the angel's appearance as that of “a young man about 15 years old, more brilliant than crystal penetrated by the rays of the sun. He was indescribably beautiful.”

The angel said, “Don't be afraid. Pray with me.” Then kneeling down with his forehead touching the ground, the angel prayed, “Oh, my God, I believe, I adore, I hope and I love you. I beg you to pardon those who do not believe, do not adore, do not hope and do not love you.” Three times the angel repeated the same words and then rising up, said to the children, “Pray this way. The hearts of Jesus and Mary are attentive to the voice of your prayers.”1 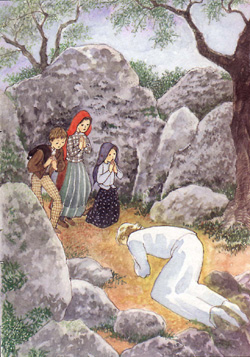 Lucia, Francisco and Jacinta remained prostrate in this prayer, repeating it over and over. Finally Francisco rose and sat down on the ground and said, “I can't stay this way as long as you can, it hurts my back.”2

Two years later, in the Autumn of 1919, Jacinta was dying of the influenza. Yet she still used to get out of bed and touching her forehead to the floor offered the prayer taught to her by the angel. She said, “When I am alone I get out of bed to say the prayers of the Angel. But now I can't put my head on the floor anymore, because I fall over. So I pray only on my knees.”3

Each of us has a guardian angel. But Isaac of Stella, a Cistercian monk of the twelfth century, writes in one of his sermons that “Each one of us also has a personal demon who watches every step and marks every action, seeking to ensnare us.” Isaac continues, “I think I know my devil very well indeed. … It tells me endless stories … about the pleasures of the world and its glory. It whispers a thousand suspicions about this man and that. It tells me that I can do things I can't, and that I can't do those I really can. … And in this way it so engages my attention that I can find no leisure in which to read or to listen to reading. So, by tempting me my devil makes me dumb, deaf, and stupid.” Then Isaac prays, “O Lord Jesus, cast my devil out of me and open my lips to confess my sins, … to tell your praise, and to help others.”4 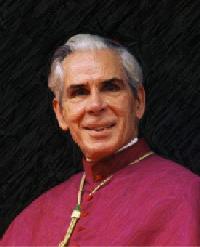 But for every temptation of the devils, Bishop Fulton Sheen writes that “We have more 'temptations' to be good than we have to be bad”5 because good angels are more active in urging us toward holiness than the devils are in urging us to sin.

One of our former lay brothers, Br. Timothy Westemeyer, was given encouragement by his guardian angel not only by good inspirations but by an actual vision. He kept this grace hidden in his heart until he was dying and we were gathered around his bedside as he received the Anointing of the Sick. When Abbot David Wechter finished blessing him, Br. Timothy spoke up and said that when he was a boy about seven years old, he saw his guardian angel; and again, after he suffered a paralyzing stroke at the age of 52, he heard his guardian angel speak consolingly to him. Br. Timothy was not a visionary or a pious fanatic. His life was based on hard earned dollars and cents during the Great Depression. He spent many hours baking bread for the community until he was partly paralyzed, and then many years of patient suffering after he suffered his stroke. He also had a sharp tongue and an insatiable appetite for talking. But behind his rough exterior he had this strong devotion and love for his guardian angel. After telling us about the extraordinary graces he received, Br. Timothy said, “I'm not bragging, it's just a fact.” So it was, for who would tell lies on his death bed? 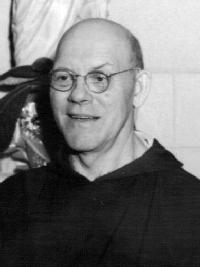 Today we are reminded that each of us has a guardian angel who loves us and inspires us to holiness, and who will be our personal friend for all eternity. Let us not grieve this friend by listening to the temptations of our personal demon. Instead, let us respond to the good inspirations of God's messenger who will teach us how to pray and be pleasing to God.