Monday in the Octave of Easter at Mississippi Abbey

Homily for Monday in the Octave of Easter at Mississippi Abbey

The little girl’s name was Sara. She was 11 yrs old and quite excited about it…but not right at the moment. She was sitting on a bench outside the principal’s office. A few feet away on another bench sat Rachel. They had been fighting. Actually, Rachel started it. Sara had gone down when Rachel pushed her and she stayed down. Sara just wasn’t a fighter. Rachel was. Sara was very mild tempered and full of good will. Rachel was more excitable. She had been trying to stop getting into fights for a long time…and failed again.  Over our Lenten season we sought to imitate the self-emptying of Christ. Sara and Rachel exemplify two ways a person may become empty of self.

One way is by preferring. Sara exemplified this. St. Benedict recommends “Preferring.” His Rule is oriented to that. We could call it “Guided Preferring.” One simply prefers the daily events of the common life; of attending Office, common meals, meetings, and work. In humility we prefer others to self. We prefer steadfastness under conditions that are “hard and difficult.” 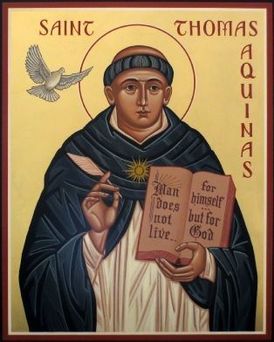 The other is the experience of having ‘had enough,” of repeatedly trying and failing. It is sometimes called “surrender.” Recall last week’s scene in Gethsemane when Jesus was arrested. A young man in a white garment (a sindona) fled. A white garment is what we were clothed with at baptism. He fled at the moment of truth about his loyalty to Jesus. Yesterday he re-appeared in the empty tomb.  A “young man”—not an angel—in a white garment, a sindona, is seated in the tomb. He’d had enough of his disloyalty. He has recovered his courage and his identity as a disciple of Christ. It was for him to declare the resurrection.

As St. Bernard has said, “…no one should despair because of [their sins]. If the Lord sees that we are disturbed and humbled by them He will forgive them easily and indeed quickly.” St. Thomas Aquinas has also written of “the praiseworthy passion of shame.”