“Leaving everything, Levi got up and followed him.” This morning we have left everything else to be at this greatest of all celebrations, the Eucharist. 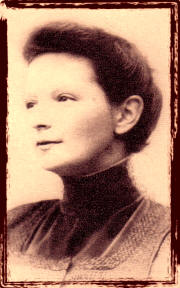 Elisabeth Leseur, a French mystic and Servant of God reflecting on our union in the Eucharist and the Mystical Body of Christ wrote this: “Throughout each year we live in this great collective life of the Church, uniting ourselves with the joys and sorrows experienced by Christ in his compassion for the whole world, joining our feeble prayers with his fervent prayers, our weak voices with his powerful voice. It is sweet to relive our Savior's life, from his birth to his death and Ascension, to tell him of our faith and love, to adore him in company with others and with those who have adored him throughout the centuries, to be a living cell in the great union of Christ's Mystical and Eucharistic Body, to follow so many who have gone before us, and to precede so many who will follow after us, offering our love to the infant God, the suffering Christ, and the risen Lord.”1

Throughout her life she prayed for her husband's conversion, that he would share this union with her in Christ. After her premature death from cancer at age 48, her husband found a note from her addressed to himself. It foretold his conversion and his ordination as a priest. He revolted against such superstition, but what she wrote came to pass. He had a conversion at Lourdes, joined the Dominicans, and was ordained nine years after Elisabeth's death.

Let us never underestimate the power of prayer to convert those who do not believe, especially those we love, who are so close to us, that they also may leave everything to be with Christ in the Eucharist and his Mystical Body.

1. Elisabeth Leseur, My Soul Rejoices: The Diary of a Christian Soul in an Age of Unbelief, Sophia U. Press, 145.