Homily for Saturday in the Twenty-Second Week of Ordinary Time

“Who confers distinction upon you?” Paul asks, “What do you have that you have not received? And if you have received it, why do you boast of it as if you had not received it?” In other words, if someone were able to know your heart, would they discover in you anything that you could take credit for? Isn’t everything you have and everything you are sheer gifts from God? So what’s the point of comparing and competing?

Paul’s call to humility and gratitude reminds us of Charles Dickens novel, Bleak House. The heroine, Esther Summerson, is a model of those virtues.

Esther is the illegitimate daughter of a wealthy and noble lady who thinks Esther died at birth. The mothers sister tells Esther, “You’re mother is your disgrace and you are hers. It would have been better for you had you not been born.” Esther shares her reaction:

“I went up to my room and crept to bed and laid my dolls cheek against mine, wet with tears, and holding that solitary friend upon my bosom, cried myself to sleep.  …I knew that I was to no one on earth what Dolly was to me.” 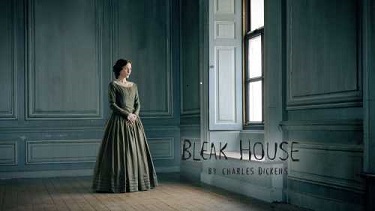 She is taken to a boarding school where, with gentleness and caring she teaches other girls what she has learned. She earns the affection of all. When it is time for her to leave the school, all show great expressions of affectionate regret. She reports,

“Oh, never, never, never shall I forget the emotion…caused in the house. It was so tender in them to care so much for me; it was so gracious in [God] the Father who had not forgotten me to have made my orphan way so smooth and easy and to have inclined so many youthful natures toward me that I could hardly bear it.”

Her felt gratitude is an expression of her virtue of gratitude. The virtue of gratitude is her habitual pattern of thought and concern that affect the perception of situations in her life and thus her actions and demeanor. Even when she didn’t feel the gratitude, the virtue involved her way of thinking and feeling about herself, her troubles and her blessings and the persons—especially God—whose actions and attitudes impacted her life.

Esther’s experience had three elements to it: that of a gift freely given, herself as recipient, and that of a gracious giver of the gift. It is an experience of the three B’s: benefit, beneficiary, and benefactor. 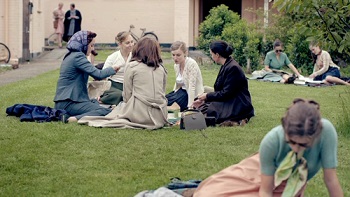 Gratitude is the perception of a good.  If any one of the three B’s is not perceived as good, the experience is not one of gratitude.

St. Paul warns of an obstacle to gratitude: satisfaction. The apostles, he notes, have little to be satisfied with; they are regarded as fools, weak, and of ill-repute. Yet they bless, endure, and respond gently. They had nothing to live on, but they did have something to live for.

Psalm 72 (v. 28) tells us, “To be near God (the benefactor)is my (the beneficiary) happiness (the benefit).” With such nearness being most highly valued, to be reckoned a fool, go hungry & thirsty, be roughly treated and regarded as scum become pathways to God.You see, we sanctify whatever we are grateful for.