Solemnity of Mary, Mother of God, at Mississippi Abbey

Homily for Solemnity of Mary, Mother of God, at Mississippi Abbey

“Mary kept these things, reflecting on them in her heart.” It has been said that “the heart has its reasons that reason cannot understand.”

When I think of Mary as the Mother of God, I don’t think of the nativity. I think of the annunciation. More precisely, I think of the conception and the reasons of Mary’s heart. Shortly before Christmas, we read the gospel of the birth of John the Baptist. We noted the mutuality—between Zechariah and Elizabeth and between the Holy Spirit and Mary—the unselfish mutuality of the act of conception. What must take place in the heart of a woman for that to occur? What are the “reasons of her heart”? That is what I believe this solemnity is about. 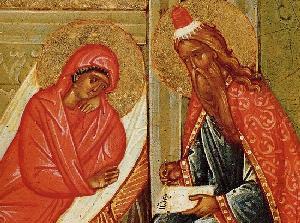 In romantic experience, such as Elizabeth would have with Zechariah, the heart evaluates according to two criteria: The first is gratitude. One finds the lover praiseworthy.  The second is that one finds the lover appealing. I suspect after long years of marriage that Elizabeth put greater value on the praiseworthiness of her spouse.

For Mary it was the gratitude, the praiseworthiness of God expressed in her Magnificat that elicited her fiat.“Mary kept all these things, reflecting on them in her heart.” The heart is the very core of the self. When that core is deeply affected one’s whole way of thinking and feeling about the world is profoundly and permanently altered.

I learned from my earliest years—and awareness has developed over the course of life—that the greatest honor any man will ever receive in this life is to have a place in the heart of a woman. This awareness is not a mere sentiment; it is a function of being made in the image and likeness of God. 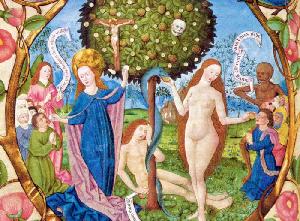 It was the Holy Spirit of the Son that sought a place in a woman’s heart. The Spirit of the Son showed faith toward the Father by consenting togive Himself in love for others. He searched for a heart capable of such unconditional self-gift. The love of God which the scriptures commanded is nothing less than the response of a woman in the totality of her being to the prior love God bestowed on her. Having experienced this love in great depth, the reasons of Mary’s heart required her to spend herself completely and without reserve. The measure of such self-gift is seen in the act of her consent, her fiat. Consent made Mary at once the Mother of God and the first disciple.

Mary is the New Eve. Like the first Eve she comes to life free of original sin, i.e., without a propensity for self-centeredness. The difference between them is in how each chooses to use her freedom; it is in 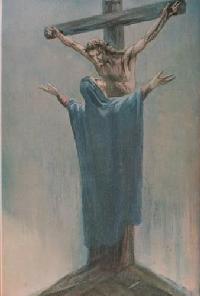 the act of consent. In contemporary society having choice is considered more important than what is chosen. Today we see that it is the object of choice and consent that give human’s dignity. The difference, then, is in consent given in faith with love that prefers the good of the other. Only a bond of two such hearts could generate the Son of God.

We see the fruit of this in the life of the Son. As the Son grew through life, he experienced the dishonor of mockery and opposition from religious leaders, the taunts of His people demanding His death, and abandonment by His disciples. But as He suffered a terrible death, He still had the honor of a place in the heart of Mary, pierced by a sword, standing at the foot of His cross. Even in His agonizing hour the Son thought of the good of others and gave to humanity His most treasured and only remaining earthly possession: a place in the heart of His mother.

On this solemnity, let us keep all these things, reflecting on them in our hearts.