A television series called Early Edition portrayed the adventures of Gary Hopson who miraculously receives the Chicago Sun-Times newspaper a day early. He tries to use this extraordinary foreknowledge to prevent tragedies from occurring.

In one episode he reads in tomorrow’s paper that an airplane at O’Hare exploded on takeoff yesterday, killing 150 people. And a little girl was knocked down by a car while riding her bicycle.  She died from what appeared to be minor injuries. He only has thirty minutes to stop the plane from taking off, but traffic is at a standstill.  When he sees the little girl riding by on her bicycle he has to make a snap decision: either press on to the airport, or try to save the child. Knowing there isn’t enough time to stop the airplane, he goes for the girl just as her bicycle is hit by a car.  He scoops up the crying child and brings her to the emergency room nearby. A nurse takes the girl’s name and telephones her parents.  When Gary insists that the child is dying, he is escorted out of the hospital as a troublemaker.  But he manages to get back in and convinces a doctor to examine her more closely.  The doctor finds a life-threatening condition and saves the little girl.  As Gary slumps into a chair with relief, his mind turns to the tragedy of those on the airplane whom he couldn’t save.  Soon the girl’s parents come rushing in.  Her father is wearing a pilot’s uniform.  He was on the runway at O’Hare preparing for takeoff when the tower called him back because his daughter had been hit by a car. The plane and all 150 passengers were saved by Gary’s quick actions after all. 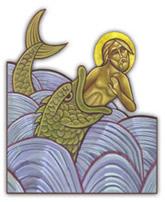 In television’s Early Edition the stories of Gary Hopson, a life-saving prophet, are heartwarming.  But real prophecy is often heartbreaking. Isaiah foresaw that the people of Israel would have to walk through the darkness of defeat and exile if they did not repent. He tried to warn them but, in the end, they killed him.  The prophet Jonah received a very early edition, forty days early.  It didn’t bring out the best in him, but the worst, because he didn’t want the conversion of Israel’s enemy, the cruel Assyrians. When God’s persistence finally prevails, Jonah warn the people of Nineveh. They believe and repent. But Jonah would rather have seen headlines reporting the total destruction of the Assyrians.

The early edition of a more willing prophet, led John the Baptist to try and break through the false security of 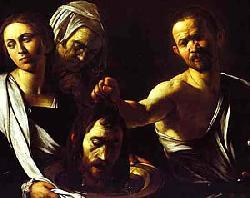 sinners. He foresaw chaff being blown away and fruitless trees being cut down at their roots by an axe.  When John didn’t shrink from reproaching even King Herod for his adulterous conduct he was arrested and imprisoned.  Ironically, the first person to be cut down by an axe was John himself.

One day Charlie Brown was talking to Lucy with his arm resting securely on top of a wall.  She asks, “What do you think security is Charlie Brown?” He replies, “Security is sleeping in the back seat of 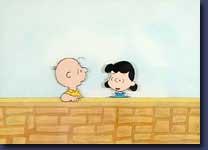 a car when you’re a little kid and you’ve been somewhere with your mom and dad and it’s night. You don’t have to worry about anything. Your mom and dad are in the front seat and they’re doing all the worrying. They take care of everything.” Then Charlie Brown makes his own early edition prophecy, and says, “But it won’t last. Suddenly you’re grown up and it can never be that way again. Suddenly it’s all over and you never get to sleep in the back seat again. Never!” Overwhelmed by feelings of insecurity Lucy reaches over and says, “Hold my hand, Charlie Brown.”

We have been given an early edition of the future by Jesus.  He is the fullest revelation of what is and what is to come.  As we follow Jesus again this year in the liturgy from Nazareth to Golgotha, and from Calvary to Christ the King, Jesus reveals over and over again that we live in an insecure, dangerous and sinful world, and that we should repent because “The kingdom of heaven is at hand.”  Suddenly it will all be over and we can never go back.  But thanks be to God, because we know what is to come.  We can get ready and be prepared to stand before Jesus with joy when he appears.