Thursday in the Thirty-First Week of Ordinary Time

Homily for Thursday in the Thirty-First Week of Ordinary Time

We love this parable, we know it by memory.  Perhaps, we know this story – a little too well, and should question our easy familiarity with it.  Jesus finds a lost sheep, hoists the animal up onto his shoulder and brings the sheep home, brings him back to the flock.  That’s nice.  Did the sheep

want to come back to the flock?  Is that what the sheep wanted?  Jesus didn’t ask the sheep if he wanted to come home.  Did – Jesus forget?

There is a wisdom in circulation today that, if you want to bring someone to Christ, you should not begin with moral exhortation.  We don’t pick up, we don’t hoist people on our shoulders that way anymore.  It’s not done. 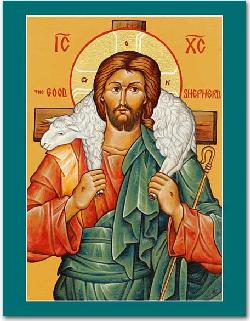 Maybe they don’t want to sit on your shoulder.  We prefer our shepherds bent.  On all fours if they can manage that.  A shepherd, we insist, must meet people where they are.  Is that true?

Nathan, a male prostitute, who had literally hundreds of sexual partners, relates how he was watching TV one night, flipping through the channels and came upon EWTN, right in the middle of an exhortation being delivered by Mother Angelica, quite advanced in age at the time, and wearing a black patch over one eye.  His companion in the kitchen heard him suddenly laugh and say: “Hey, come here, take a look at this: there’s a nun on TV dressed up like a pirate!”  His friend remained in the kitchen, but Nathan found himself listening to the nun.  Maybe he was just curious what a nun dressed up like a pirate talks about.  What she was talking about, he shortly discovered, was another world: a world where certain things are right and certain other things are wrong; where people know what is right and what is wrong, and find peace, joy, and fulfillment by striving to conform their lives to objective moral truth.  He had never in his life heard anyone talk this way.  He liked the way the nun talked, and the following night, he listened to her again. 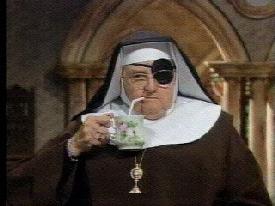 Now, it seems to me a bit of a stretch to suggest the nun dressed up like a pirate, met this male prostitute where he was.  It appears she met him – where she was, and by her moral teaching, confidently hoisted him up, and carried him upward to that more elevated and happy place motivated by love for him as a child of God.  She loved him enough, to tell him the truth.  She simply told him the truth, and he recognized the truth.  And he didn’t object to her picking him up or hoisting him on her shoulder once he realized where she was going with all, that that she was going home, and that she was bringing him with her.

Thursday in the Thirty-First Week of Ordinary Time

Homily for Thursday in the Thirty-First Week of Ordinary Time 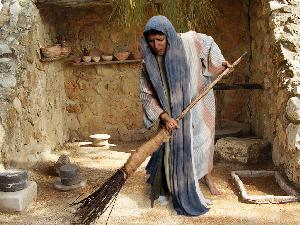 It drives me crazy when I lose something.  This happens a lot as I get older,  and I feel so restless until I find it!   Like the woman and her lost coin.  She postponed preparation of the next meal.  She didn’t go to the well to draw water and chat with her neighbors.  She didn’t go to the stream to wash her laundry. Her one consuming focus was on finding that lost coin.

In these parables Jesus is describing himself, his passionate desire to find the one who is lost.  He would endure his entire passion and death to save even one person.

In this Eucharist we rejoice in Christ’s saving love for us,  and we pray with the whole Church for those who are still lost.