Tuesday in the Thirty-First Week of Ordinary Time

Homily for Tuesday in the Thirty-First Week of Ordinary Time 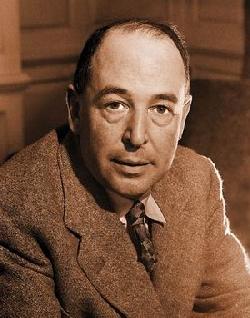 “Make people come in, so that my house may be filled.”  The number of those who are saved is not the maximum allowable, but the minimum.  God wants heaven to be filled, “Compel people to come in.”  In his poem, The Hound of Heaven, Francis Thompson writes: “…with unhurrying chase, and unperturbed pace, deliberate speed, majestic instancy, come on the following Feet, and a Voice above their beat, Naught shelters thee who wilt not shelter Me.”

Even at the moment of his conversion C. S. Lewis was trying to run away from the Hound of Heaven.  He writes, “…picture me alone in that room in Magdalen, … feeling the unrelenting approach of Him whom I so desired not to meet.  [When] I gave in and admitted that God was God and knelt and prayed, perhaps that night I was the most dejected and reluctant convert in all of England.  I did not see what is now the most shining and obvious thing—that the Divine Humility will accept a convert even on such terms.  The Prodigal Son at least walked home on his own feet.  But who can duly adore that Love which will open the high gates to a prodigal who is brought in kicking, struggling, resentful, and darting his eyes in every direction for a chance to escape.  Properly understood, the words of the parable ‘Compel people to come in’ plumb the depth of the Divine Mercy. The hardness of God is kinder than the softness of men, and His compulsion is our liberation.” 1

1. C.S. Lewis, Surprised by Joy: The Shape of My Early Life