Dom Andre Louf, in a new English collection of his writings,1 describes this re-orientation as the experience of the “breaking of the heart” in the “labor of humility” in monastic living. It is a labor in the art of being human. He writes that, this breaking “takes place in the heart, harassed and… exhausted by temptations; humiliated and at the point of discouragement in view of the incorrigibility of its own weaknesses…” Temptation requires a orientation or purpose that one is tempted away from. 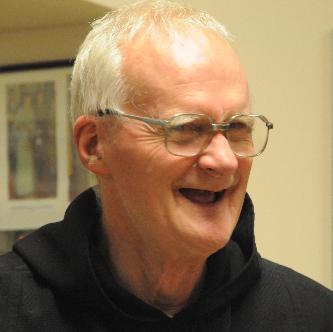 The heart—the locus of our orientation or purpose in life—has two aims: to unite with what it loves and to avoid a break. Avoiding a break is the stronger motive. We want to avoid misery. Dom Andre cites St. Bernard in reminding us that it is in each monastic's experience of her own misery that she learns compassion for her sisters. This would happen in marriage, too. Misery—through empathy—should lead to mercy. This is how one takes up her cross and loses her life in order to save it.

Community and observances play a crucial part in this experience of the “breaking of the heart.” The goal of asceticism, writes Louf, “is precisely the coming to awareness of one's misery, shared fraternally with the others, so as to experience the same sweetness of mercy.” Dom Andre warns against using observances to marginalize members and thus forget one's misery and deny mercy. (Such forgetfulness and denial is the function of scapegoating). He cites St. Aelred who criticizes certain observant monastic's, “who are puffed up with a certain false justice, despise all the others, and refuse to place themselves on the level of the others out of any sense of compassion whatsoever.” They “are not thinking as God does, but as human beings do.” 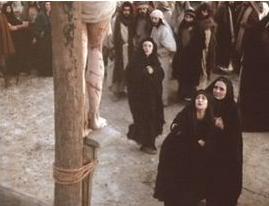 It would be good for us to remember that the Christian community and its orientation began at the foot of the cross on Calvary with Mary, John, the converted sinful woman, several other women, a pagan centurion, and a thief, who was the first of all of them to enter the kingdom. Peter, their soon-to-be leader, was off somewhere else weeping for his sin after coming under the gaze of Jesus.

Dom Andre tells us the occasion for humility is set by our temptations. Each is tempted only because she, too, is answering a lofty call to give up all for the sake of the gospel. She has been called here with her weakness and indeed, Louf writes, almost because of it. Every weakness reveals something of the power and strength of God. Should it be surprising that we answer this call awkwardly?

We came to the monastery in answer to a call to live out a purpose. The purpose gave occasion for temptations against it. We can each recall the day of our clothing with the habit when we were asked “What do you seek?” We didn't answer “the habit” or “a way of life” or “the admiration of the sisters” or even “union with God.” We replied, “The mercy of God and of the Order.”

Are we finding it? Are we offering it? 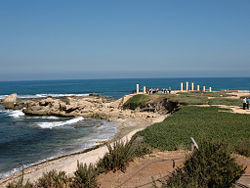 For everything there is a time: a time to be born and a time to die, a time to work and a time to rest. When I went to Israel for summer courses on biblical archaeology and Old Testament Studies, I also learned that there are three places where families today like to go for rest and relaxation: first, swimming in the Mediterranean Sea; second, boating on the Sea of Galilee; and third, skiing on the southwestern slopes of Mount Hermon during the winter, and hiking along its beautiful streams and forests the rest of the year.

From time to time Jesus and his disciples also tried to get away by themselves to rest awhile. 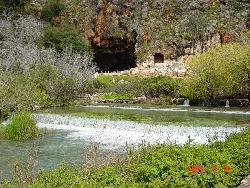 Once they went to Tyre and Sidon along the sandy beaches of the Mediterranean Sea. Another time they sought out a deserted place on the shores of the Sea of Galilee. In today's gospel Jesus and his disciples go to the spectacularly beautiful area of Caesarea Philippi, near the foot of Mount Hermon, with its lush groves of pomegranates and fig trees, hiking trails, and springs of water fed by the melting snows.

As Jesus and his disciples were enjoying this time alone he asked them: “But who do you say I am?” Peter, God bless him, didn't hesitate for a moment and said right away: “You are the Christ.” This had to be a truly happy moment for Jesus. Ever since the Fall of Adam and Eve, the whole of creation waited for the coming of the Messiah. Now he was here, and his disciples recognized him.

How appropriate that Jesus chose this particular place to ask, “Who do you say I am?” For thousands of years a rush of water, the source of the Jordan River, has poured from the mouth of a great open cave at the foot of Mount Hermon. Very early in history this beautiful place was dedicated to pagan gods, beginning with Baal, the Canaanite god of fertility.

After the conquests of Alexander the Great, Hellenistic culture made it a shrine for Pan, the Greek god of nature, half man and half goat. 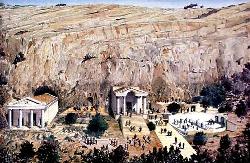 Romans in their turn chose this place for a temple to the Roman god, Zeus, father of the heavens and ruler over other gods. Here, where so many pagan gods were worshipped, Peter proclaims that Jesus is “the Christ,” the anointed One, the Messiah. Today this entire complex of pagan shrines lies in ruins while the Church founded by Jesus on rock stands strong.

All that we have left from Pan, the pagan god of lust who struck fear in his victims, is our English word for panic. In one of the Peanuts comic strips, 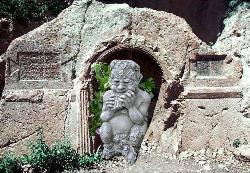 Sally Brown walks into a TV room just as the announcer at a golf tournament says,“There's no tomorrow.” Misunderstanding his meaning, she goes into a panic. Running outside she yells, “There's no tomorrow!! Hide! Flee! Run for the hills! Run to the rooftops!” In the last scene Sally, Linus and Snoopy are huddled on top of Snoppy's doghouse waiting for the end to come. Puzzled, Snoopy says, “I thought Elijah was supposed to come first.”

The apostles were equally puzzled when Jesus warns them not to tell anyone who he is, and they were even more puzzled when he said that he must suffer greatly, be rejected and killed, and rise after three days. Peter panicked. Taking Jesus aside he rebuked him. This must never happen! But Jesus, looking at his disciples, went even further and said: “Whoever wishes to come after me must deny himself, take up his cross and follow me.” The apostles wanted the kingdom without tribulation, leisure without travail, victory without a battle, power without opposition. They had a long road to travel before they would be one with the suffering and rising of the Messiah, of Jesus, Son of the living God. 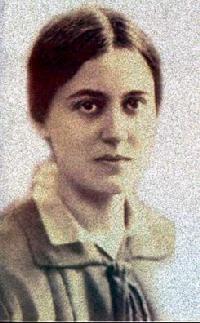 St. Teresa Benedicta, Edith Stein, writes: “Becoming one with Christ is our happiness on earth, the love of the cross in no way contradicts being a joyful child of God. Carrying the cross with Christ fills one with a strong and pure joy, and those who do so are builders of God's kingdom, the most authentic children of God. … To suffer and be happy in suffering, to have one's feet on the ground, walking on the dirty and rough paths of this earth, and yet to be enthroned with Christ at the Father's right hand, to laugh and cry in this world while singing the praises of God with the choirs of angels, this is the life of the Christian until the morning of eternity breaks forth.”1 She embraced the cross and died at Auschwitz.

Jesus and his disciples never had another time of rest together. The final journey to Calvary began here, at Caesarea Philippi. As they set out on this last long walk to Jerusalem Jesus said, ” … whoever wishes to save his life will lose it, but whoever loses his life for my sake and that of the gospel will save it.” Now this is amazing! These weak disciples of little faith, who feared suffering and death, continued to follow Jesus, even in their weakness and confusion. And that is what we are all trying to do.

Last Wednesday Cardinal Timothy Dolan spoke at the Symposium for International Religious Freedom. He said that violence against Christians continues around the world. Then he said this most astonishing thing: that there are seventeen new martyrs for their faith every hour of every day all year long.2 And it's getting worse, not better. But do not panic and turn away, for the Lord God is our help, we will not be disgraced. For we know there is a time to work and a time to rest, a time to die and a time to rise! 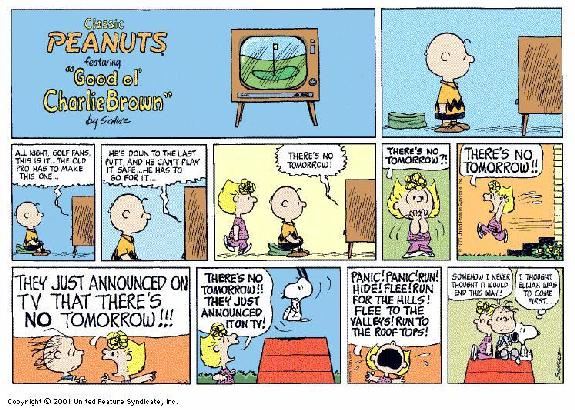