Wednesday in the Twentieth Week of Ordinary Time 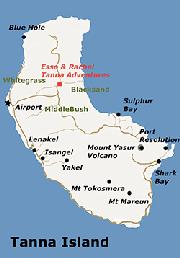 In the middle of the South Pacific Ocean, off the coast of Australia there is a very tiny little island called “Tanna” whose inhabitants are the founders of what might be the world's smallest and newest religion, which they call: “Jon Frum”. The religion of Jon Frum actually originated during World War II. It seems, American soldiers, after building an air strip on a neighboring island started bringing to Tanna loads and loads of cargo; all sorts of modern appliances and scientific technology unlike anything the natives had never seen or imagined. They were so mesmerized by this experience that, afterwards, they began memorializing the event. They made for themselves liturgical garments that looked like American military uniforms, they made bamboo replicas of rifles, and would march back and forth in formation on major feasts, all in anticipation of the day when Jon Frum will come down from the volcano and bestow on them a new load of cargo whose unimagined riches will be the fulfillment of all their dreams. 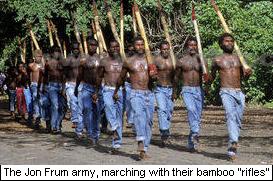 Now, the U.S. military has no record of a soldier named “Jon Frum”, so it seems the name of their religion derives from references made by the natives to some soldier named “Jon” from America. Now, before we decide that the world's smallest religion is also the silliest, we might want to ask ourselves this question: “Is it possible that a person worshiping Jon Frum on the island of Tanna might after death be rewarded with the vision of God and eternal happiness in heaven?” No less a theologian than Henri De Lubac suggests they just might have a decent chance.

Now, there is only one Mediator between God and man, Jesus Christ. But, concerning unbelievers, like the islanders of Tanna, who have never heard of Christ, De Lubac says, if based on their limited knowledge of God, they strive with all their heart and all their soul to love God as they understand him, and live out a sacrificial love for their neighbor, then they are effectively preparing the way for the coming of Christ to the island of Tanna, and by so doing are offering perfect praise to God and attaining perfect sanctity in response to which God may, in His turn, reward them just as he would blessed St. Guerric of Igny, or St. Bernard or St. Paul the Apostle. 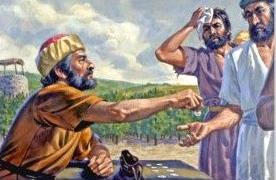 Now, the controversy in today's gospel concerning a fair day's wage is unlikely to have much of an impact on us monks who can scarcely remember the experience of collecting a pay check, but I wonder, what would happen if we died and were given the grace to enter heaven, and arriving there discovered, right up front at the foot of Christ's throne, seated between Saints Peter and Paul, a native of Tanna wearing a grass skirt, beaming with joy, drinking in the beatific vision? Might we be scandalized like the workers in today's gospel and begin to grumble and say it is unfair that this deluded late-comer who never preached Christ nor suffered persecution for the church, should be granted such bliss and be seated beside St. Peter at the very feet of Christ. And might we find ourselves gently chastised by God with words to the effect: I am free to love as I will, am I not? Are you envious because I am generous?” He might have asked: “Are you envious because I am God?”